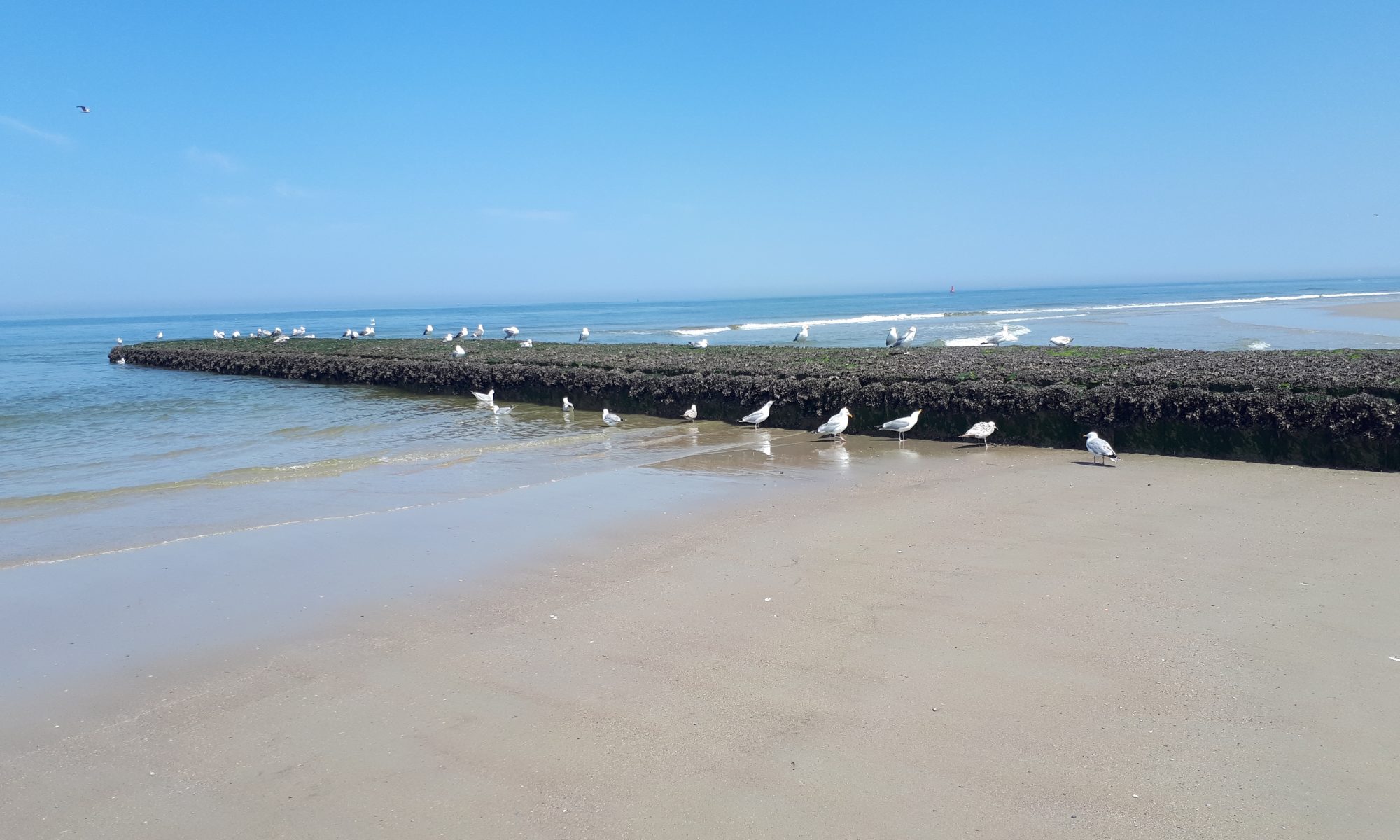 It is summer (at least that’s what my calender says… the weather doesn’t seem to sure about it) and there are some things that I love about this time of the year:

1.  This is quite an obvious one: The weather! You finally get to wear all those lovely summer dresses, sandals, shorts and bikinis. This leads me to my second point.

2. Going to the beach (or the lake or the lido)! This year I’ve been lucky enough to say that I’ve been to all three of them. In Mainz, where I study, we have loads of lidos and when the weather was good I went there with some friends. My parents live close to a few lakes so every time I visit them I go there for a swim (or two) with our dog and my brothers.

3. Going on holidays: This year I did something rather unusual: I went on a holiday to the sea! Normally I do city trips (my favourites being London and Berlin) or go hiking in the Alps. But this year I really wanted to go the North Sea and that’s what we did! My mum, one of my brothers and I went on a little vacation to Norden. We went to the beaches, saw baby seals and went on a walk through the mudflats to the island of Baltrum!

4. Another obvious one: My birthday! Who doesn’t like their birthday? Your friends and family come together and you get to see people you haven’t seen in ages! And there are presents, too 🙂

5. This is probably the most important thing: Spending time with my family! In 2014 I finished school and went to uni. Since then I didn’t see them on a daily basis like I used to but rather once a month or even every other month (or not at all while I was in Canada) and I can tell you, I really miss them! But during summer we get a few months off and during this time I always work in an office at the same company my dad does for four weeks. And staying with my family for four weeks in a row is something really special to me!

What are your favourite things about summer? 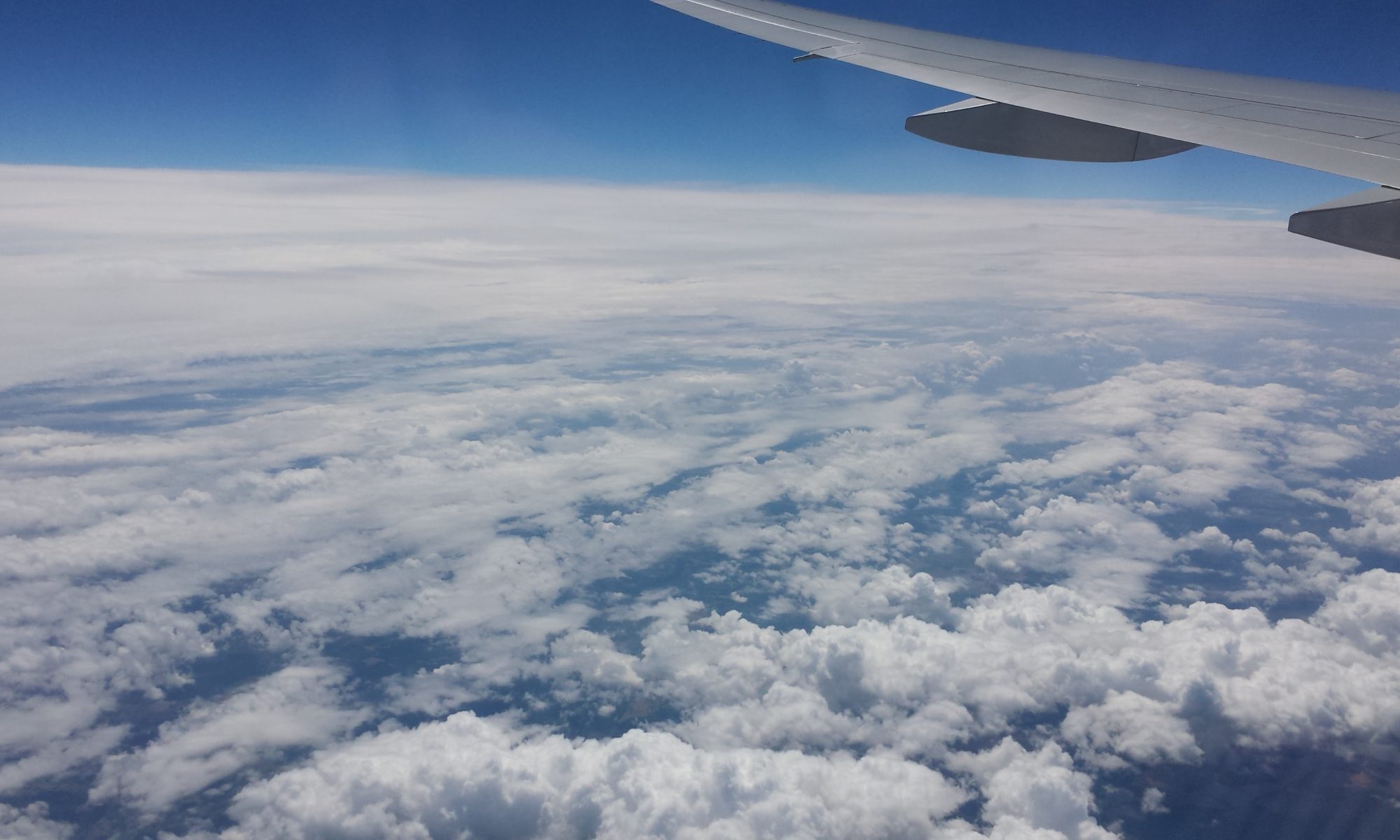 This is something I wrote a few months ago when I was still in Canada so it might be a bit confusing because it sounds as though I was still there. Just know that I’m back in Germany, I’ve seen my friends and family again and now I’m missing Québec and all the friends I made over there. I hope you still enjoy this article and the exchange year series that will be going up over the next few weeks!

My exchange year (not exactly a year but more like 10 months) at the université de Sherbrooke in Canada is almost over so I decided to write down some of my experiences as I’ve failed to do so in the last 9 month… Guess I figured that it’s better late than never… I’m actually looking forward to go back to Germany by now to see my parents, brothers and friends again. I really miss them. Don’t get me wrong, I enjoyed my stay over here: I made a bunch of new friends, had some really interesting lessons and saw a lot of amazing places, but it’s so far away from home and it will be so nice to be able to speak without thinking a million times about every sentence (I actually really miss speaking German)!

It all began in 2013 when my high school French teacher handed out information on a university programme where you spent have of your bachelor (1 and a half years) in Germany and the other half in France with the option of going to Canada for a few months.

I had already spent a year in Canada when I was sixteen (school year2011/2012) so in my head it was almost immediately clear that I wanted to go back. I fell in love with the country when I was there and I was still talking to my host families and really wanted to see them again. I decided to apply to two other universities just in case the university in Mainz wouldn’t take me but they were actually the first uni to reply. I instantly started to dream about going back to Quebec and meeting my friends and host family again event though it wasn’t even sure the Canadian uni would accept me and I still had a year in Germany and France between me and my dream, but I never lost it out of sight. But it actually was a long way to go. While I was in France I had to apply to the université de Sherbrooke and I actually had a lot of help from my German uni filling out all the papers. That’s a real advantage of the programme I choose. There’s one whole office at our uni that takes care of us, and as we’re not that many students it doesn’t take them long to get back to you and they’ll always try to help you!

The only thing I could do after that was wait because I needed the acceptation letter from the university to apply for my visa. But I went on the website of immigration and citizenship Canada and immigration Québec to look up ll the documents I needed to apply for the visa and got a new passport, just in case, because my old one hadn’t been valid for a few years. And it actually was a good thing I already had all the documents I needed beforehand because it really took the Canadian uni a long time to reply. When I finally got my letter I just had enough time to book a flight and apply for the visas. To study in Quebec you actually need two visas: you first apply for a CAQ which basically is a document that says that the province of Quebec accepts to let you study there for a certain amount of time. You need their answer to be able to apply for the study permit, which is the visa you get from Canada. I was lucky because they actually were quicker than what the website said so I got the study permit a few weeks before I left. I kept packing and unpacking, writing long lists of things I wanted to bring with me and annoying my parents because I wouldn’t talk about anything else. I knew that I would need two suitcases so I could bring my warm winter jacket, skiing helmet and ski pants with me and in the ended we decided to send one of the suitcases via mail so I wouldn’t have too many pieces of luggage once I arrived in Canada and where I would have had to carry them all by myself.

My flight was on the 9th of August 2016, two days after my 21 birthday. I actually celebrated my birthday one day early so I would have enough time to say goodbye to all my friends and family. On my actual birthday one of my Canadian host families came to visit me and I spent the day with them and my parents. That really was an emotional week because I had to say goodbye to so many people I love. I cried a lot. I was excited to go on a new adventure but at the same time I was sad to leave everyone behind. But compared to last time (when I was 16) it was easier. It definitely helped that I already knew someone over there and that I was more fluent in French than I was back in 2011. On the 9th my parents dropped me off at the airport in Luxembourg before going to work and I took a plane to Zurich where I boarded the plane that would finally bring me across the Atlantic Ocean, back to the place I had dreamed about for so long. It actually was a really nice flight. I was sitting next to the window and the girl next to me was really nice. We talked a lot and the time flew by really quickly. We left Zurich at 13:00 and arrived in Montréal at around 15:10 (which felt like 21:10 to me… jetlag and all).

That’s it for the first part. In the second part, I’ll talk to you about how I got through the border control, got the study permit attached to my passport and what I did in the one and a half weeks I spent in Montréal with my host brother before finally taking a bus to Sherbrooke, where I was studying.

This is my first time ever writing a blog post, so I thought I would tell you some things about me and about what I want to be talking (writing? blogging? I don’t know blogger language yet…) about on here. But first things first, let me introduce myself:

My name is Valerie and I’m a 21-year-old university student from Germany. I’m studying French and Geography to become a teacher and if all goes well, I’ll finish my bachelor degree this summer and start my master degree in October. I started my studies in 2014 when I first spent one year studying at the Johannes-Gutenberg-Universität in Mainz, the following year I moved to France where I studied at université de Bourgogne in Dijon and after that, I went to study in Canada at université de Sherbrooke in Quebec. I love travelling so the programme I choose was perfect for me.

My exchange year in Canada is one of the things I want to talk about on here and I’m planning to write a few post about the things I did there and I might also talk about my programme and how to get your visa and what I packed etc. I’m back in Germany since less than three months, so other than talking about Canada I will most probably be talking about my life as a student in Germany, sharing some recipes with you (I love cooking and baking) and maybe talk about my future travel plans or favourite books. Let’s go on this journey together and see where it takes us!

My native language isn’t English but I decided to write this blog in English so my friends that don’t speak German get a chance to read it and I thought that after three years without any English lessons it would be a great way to get back into speaking/ writing English. So if there are mistakes I’d be more than happy to correct them if you tell me (in a nice way obviously).